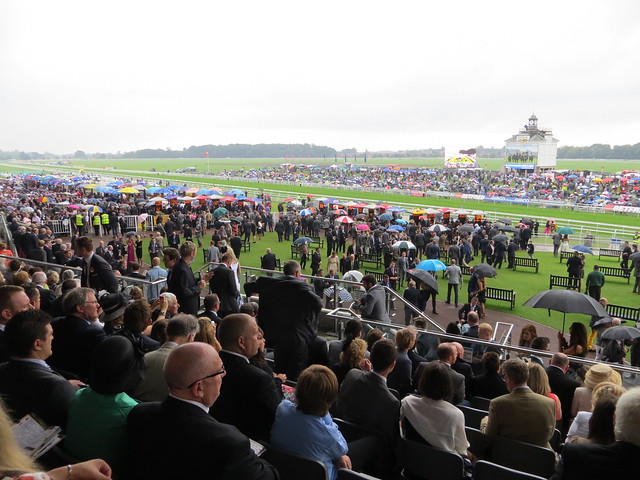 As the only all-age Group 1 sprint in the British Isles, the Nunthorpe Stakes is the feature race of the third day of York's Ebor Festival.

This year's renewal of the furious flying five furlongs contest is shaping up to be very exciting. Who are the leading contenders for Group 1 glory on the Knavesmire on Friday, 23 August? Here are four.

Charlie Hills' talented but headstrong Dark Angel gelding Battaash is looking to make it third time lucky in the Nunthorpe. He simply hasn't handled the occasion in the last two years, notably boiling over in the preliminaries in 2017.

There's just something about the Knavesmire that doesn't seem to suit Battaash. He's a mercurial sprinter and looked as good as ever when comfortably beating last year's Nunthorpe hero Alpha Delphini in the Group 2 Temple Stakes at Haydock Park on reappearance.

Hamdam Al Maktoum's five-year-old was then runner-up to old rival and double Royal Ascot sprint hero Blue Point in the King's Stand. Battaash is also a hot favourite for a third King George Qatar Stakes success at Glorious Goodwood and a 5/2 ante-post chance for the Nunthorpe.

Master Irish trainer Aidan O'Brien saddled two three-year-olds to land this race either side of the turn of the century in Stravinsky (1999) and Mozart (2001). The latest Nunthorpe contender from Ballydoyle is July Cup hero Ten Sovereigns.

The Coolmore set took aim at the 2000 Guineas with this No Nay Never colt after his impressive juvenile form, but he didn't stay the full mile. Ten Sovereigns is definitely a sprint type but has never dropped back to the minimum distance.

"Ten Sovereigns' figure is... the highest rating posted in the race since Oasis Dream’s 125 in 2003, and also the leading figure at 6f in Europe this year." 👀

In reversing Commonwealth Cup form with Advertise in the July Cup at Newmarket, he showed real speed and is now one of the top rated three-year-olds in training. Based on that, he's sure to be among horse racing tips for the Nunthorpe on Betting.Betfair at 9/4.

Michael Dods-trained mare Mabs Cross went down in the race 12 months ago by the narrowest of margins. Connections have decided to keep the five-year-old daughter of Dutch Art fresh for a tilt at going one better.

Mabs Cross landed the Prix de l'Abbaye on Arc weekend at Longchamp to gain some compensation for that agonising Nunthorpe defeat. She clearly retains plenty of ability as she won again on her return to action in the Group 3 Palace House at Newmarket under a penalty.

As Mabs Cross lost a shoe when third to Battaash at Haydock and just missed the frame in the King's Stand, you suspect this has been her season target. She's 11/2 with bookmakers to improve on last year's Nunthorpe second.

Two-year-olds are allowed to tackle their elders here. Juveniles get plenty of weight-for-age to entice them into running in the Nunthorpe and A'Ali has followed-up on his Royal Ascot success with victory in France.

Simon Crisford's emerging star is a dual Group 2 winner and holds entries in the Group 1 Phoenix Stakes as well as this. He'd have to carry a penalty in the Gimcrack which is also run during the Ebor Festival, but it's clear this Society Rock colt is clearly a cut-above that level.

Regular jockey Frankie Dettori hasn't won the Nunthorpe for over 20 years, but is having a fine season. If he does take on the older horses, A'Ali has solid each-way claims at 8/1 ante-post.